In the same way as the relay output circuit, when the inductive load is driven, an anti-parallel diode (the cathode of the diode is connected to the positive pole of the power supply) must be connected at both ends of the load to prevent overvoltage and protect the output circuit of the PLC.

PLC relay output circuit type allows the load is generally AC250V/50V, load current up to 2A, capacity up to 80 ~ 100VA (voltage × current), therefore, the PLC output is generally not directly driven high-current load (usually through a small load To drive a large load, such as the PLC output can be connected to a relatively small current relay, and then by the intermediate relay contacts to drive large loads, such as contactor coils, etc.).

PLC Relay Output Circuit Form Relay contact life is also limited (usually hundreds of thousands of times, depending on the load, such as the connection of inductive load life than the resistive load). In addition, the response time of the relay output is also slow (about 10ms). Therefore, it is not suitable to use this kind of circuit output form when the fast response is required (you can use the two output formats described below depending on the occasion).When connecting an inductive load, in order to extend the service life of the relay contact, for the case of an external DC power supply, an overvoltage suppression diode should normally be applied across the load (a diode in the external relay coil as shown above and in the diagram); For load, an RC suppressor should be added to both ends of the load. 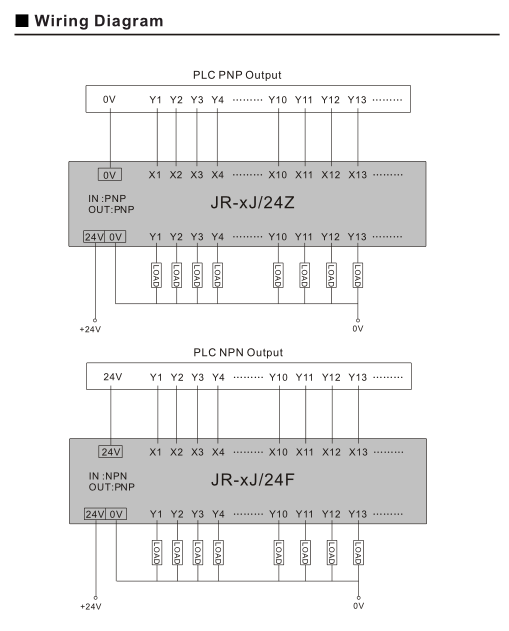